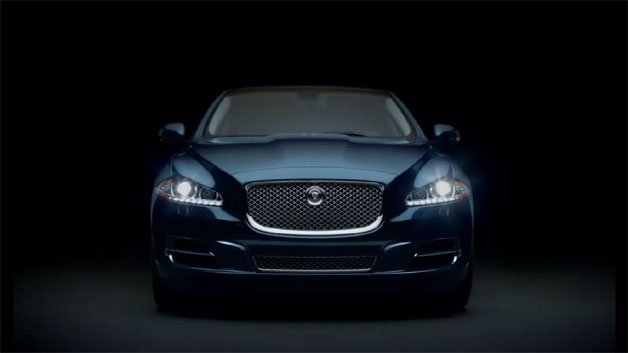 Jaguar’s turnaround has taken its next public step with a new global brand direction and a marketing campaign called "Alive." The marketing will lock in on Jaguar’s visceral connection with buyers, "positioning the brand as animate – seductive, emotional, unique, energetic and high-performance – while asking consumers, "How alive are you?"

It will be supported on television, in print, on the web and with events, and will attempt to explain to younger buyers not only why they should be considering a Jaguar, but what Jaguar means as a brand. The overhaul will even dig into the roots of the marque by making changes to both the Growler and the Leaper icons.

Jaguar Land Rover North America President Andy Goss says the campaign is meant to give people a reason "to own, not just buy" a Jaguar. Before Goss arrived last year from Porsche, he says the national, so-called "Tier One" advertising, was too "transactional," pushing lease deals instead of the brand message and experience.

Prior to that phase of Jaguar advertising, national ads by agency Euro RSCG could have been confused with women’s fashion advertising.

"We need to create some blue sky between Jaguar and the Teutonic brands," says Goss. The new effort is the coming out party for ad agency Spark 44, a new ad shop formed specifically to handle Jaguar advertising globally with offices in London, Germany, China and the U.S. Jaguar Land Rover, a division of Indian company Tata Motors, owns a stake in Spark 44.

Besides airing on TV, the campaign will run heavily on the Internet, and in magazine ads starting in April. The same ads are going to be adapted for different countries and languages around the world. Jaguar is also driving up its social media presence, now with over 500,000 Facebook followers, with 70,000 of those coming last November alone. The company is also running driving events in 20 cities this year through which it intends to put 20,000 keesters in Jaguar driver seats.

There’s a press release with details on the initiative and the rollout after the jump, as well as the first commercial that will hit airwaves in March.

Mahwah, N.J. – (February 27, 2012) – Jaguar is launching today a new global brand direction and marketing campaign, themed "ALIVE," which introduces the famed British brand to luxury consumers in a new modern context. The brand direction is driven by the belief that Jaguar makes the world’s most instinctively rewarding performance cars. The campaign aims to increase awareness of the brand amongst a new audience in line with the brand’s ambitious future plans.

"Our refreshed corporate image and the new global marketing campaign both underline the confidence we have in our existing products, and the vision we have for the future of the brand," said Adrian Hallmark, Jaguar Global Brand Director.

The basis for the new strategy is the brand’s award-winning lineup. There are three Jaguar models ranging in U.S. MSRP from $53,000 to $138,000: the XF sports sedan, the XJ full size luxury sedan and the XK coupe and convertible grand tourer. Each combines a stunning exterior form with luxurious, contemporary interior design that’s the result of the talented team led by Design Director Ian Callum. These aesthetic qualities, complemented by technologically advanced engineering under the skin, including all-aluminium construction for the XK and XJ, has made each of these Jaguars multi-award winners in their segments.

"In a world of mass market luxury, Jaguar cars stand out for the seductive effect of their design, their rich and warm luxury interiors and their arresting performance," said Hallmark. "Jaguar is a brand for luxury consumers who are contemporary and open-minded, sophisticated and daring, with a desire for authentic, high technology, aesthetic, independent brands. Our product lineup combined with the ALIVE brand direction will define Jaguar in the modern era."

The campaign, created with Spark 44, the international communications agency that’s part-owned by Jaguar Land Rover, will feature print, TV, digital advertising and a new look that contemporizes the aesthetics of the brand at every customer touch point. The Jaguar brand will have new corporate identification and a new font, created exclusively for the brand. The dramatic alteration, including significant changes to the brand symbols of the "leaper" and "growler," is the most extensive change Jaguar has made to its visual identification in 40 years.

"Jaguar is a brand at the beginning of a rebirth and a relaunch – it’s a critical moment in the history of this storied British brand," said Hallmark. "As part of a multi-year strategy to re-invigorate Jaguar cars globally, starting with a spectacular new line-up now in place, we have developed an all new brand positioning, effectively a brand reset. For too many luxury consumers, there is awareness of the Jaguar brand, but not consideration and modern relevance. Our ALIVE campaign is meant to differentiate Jaguar cars by underscoring its unique emotional character."

The campaign’s primary message is this: Jaguar is ALIVE; it is a car not so much manufactured as created, and it is as alive as you are. Deliberately provocative, the campaign is designed to capitalize on the existing emotional pull of Jaguar’s vehicles. It frames Jaguar as truly different from its competitors by positioning the brand as animate — seductive, emotional, unique, energetic and high-performance — while asking consumers, "How alive are you?" The campaign targets luxury consumers who are contemporary, sophisticated and daring, with a desire for authentic, independent brands. It also appeals to a more youthful audience, while not alienating its current demographic.

The dramatically different Jaguar print and television advertisements are meant to spark curiosity and stir conversation. The TV spot, called "Machines," invokes an emotional connection to the viewer by positioning the Jaguar cars as alive as you are. The commercials open with a visual collage of machinery of the past – including an assembly line and a robot — that were invented to replicate and replace people. It then cuts to visuals of a Jaguar XJ with a voiceover that informs viewers that the car is as alive as humans: "…there is one seductive, instinctive machine that’s as alive as we are…Jaguar." The spot concludes with the tag Jaguar: How Alive Are You?

The campaign’s print ads are designed to intrigue and inform consumers: one features an image of a sonogram, with the baby being the Jaguar logo, accompanied by the headline, "Looks Like Somebody’s Getting a New Jaguar." Others include the headlines: "Do One Thing That Scares You. Every Day" and "Every Jaguar Can Do Things Machines Can’t.’"

Reflecting an effort to target a younger audience, the campaign breaks February 27 with the debut of the TV spot on Jaguar’s YouTube and Facebook channels. The commercial then airs on national network and cable networks, including NBC, ESPN, Food Network and CNN, on March 15. Print ads break in April in top national lifestyle and business publications. Viral videos will be seeded in Mid-April. The spots can be viewed here: http://interactivejaguar.com/home/index.php.

In support of the campaign objectives in the U.S., Jaguar is also launching a high-profile experiential component in the U.S.: the "Jaguar Drive Experience," a road show that will travel to 18 cities throughout the U.S. in an effort to expose the brand and the 2012 and 2013 model year line-up to new consumers. Beginning in April, key cities will host a multi-day event that invites consumers to test drive the brand’s full model line up, including the XF, XJ and XK, in a performance setting. With a professional driver beside them, consumers are invited to test the superior performance and technology of the cars in various simulated settings that highlight power, agility, safety and more. They are encouraged to push the car to its limits in a safe, closed course. The driving experience is accompanied by a display of heritage vehicles, a history of Jaguar technological innovation and a design retrospective in an effort to provide consumers with a full brand immersion.

Jaguar Land Rover is investing £1.5 B annually to deliver 40 product initiatives for the two brands over the next five years. In recent years, Jaguar has captured the public’s imagination with two spectacular design and technology concept vehicles, the hybrid electric C-X75 supercar and the hybrid electric C-X16 production concept sports car.

About Jaguar Land Rover North America, LLC Jaguar Land Rover is a business built around two great British car brands that are designed, engineered and manufactured in the United Kingdom. Jaguar Cars Limited, founded in 1922, is one of the world’s premier manufacturers of luxury sedans and sports cars. Since 1948, Land Rover has been manufacturing authentic 4x4s that define "breadth of capability" in their segments.

Headquartered in Mahwah, New Jersey in the United States, Jaguar Land Rover North America, LLC has offices across the USA and Canada and is represented by more than 330 retail outlets.