"The booming woke us. We had spent the night on a slip road next to Stonehenge, and now somewhere, every few minutes, a cataclysm dropkicked the sky and beat Mother Earth badly enough to warrant pressing charges. This is a miserable wake-up call: Gray sky, foggy Earth, a mystical monolith, the ground beneath having a seizure and Chinooks and Apaches floating over the harvested fields. Death was on the way, and he was in a mad hurry." 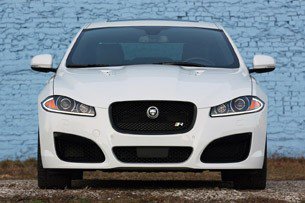 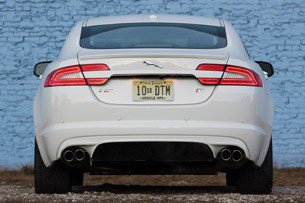 Which would have been a shame, because our ‘bed’ was the driver’s seat of the 2012 Jaguar XFR and we weren’t finished enjoying Jaguar’s junior B-road mauler. The major organs of the XFR, pumped full of life by its supercharged V8, have been with us since 2009. It is the reskinning of those organs – probably the most significant cosmetic surgery in Coventry since the XJ stepped out of its antiquity – that’s meant to make the magic of this particular car. Representing the long-overdue promise of the C-XF concept, this update allows us the hope that it would move past the Ford-mandated bait and switch that sucker-punched us when, after the C-XF, we were given the production version of the first-generation XF.