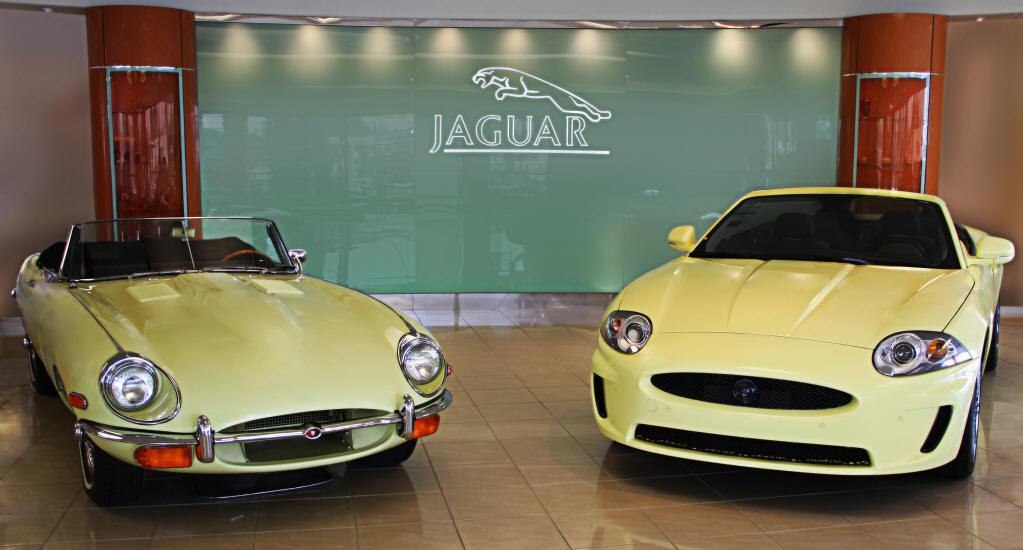 Jaguar Van Nuys A special edition of the 2011 Jaguar XK is painted primrose, which was a more popular color in the original E-Type’s day.

Jaguar has been busy this year finding ways to mark the 50th anniversary of its most renowned model, the E-Type sports car. When it rolled out at the Geneva Motor Show in 1961, the 150-mph E-Type, often called the XKE, was ahead of its time and built more like a race car than a typical mass-market passenger vehicle.

For a number of years primrose, a pale yellow hue, was among the paint colors available on the E-Type and some people says the car’s lines were so attractive that it managed to look good even in a color that seems better-suited to Grandma’s Chrysler than to an aggressive, racy ride like the Jaguar.

Now one of the car maker’s largest dealers is giving primrose another shot. Jaguar Van Nuys in Los Angeles revealed its Commemorative Edition 2011 Jaguar XK, which is meant to celebrate the E-Type and is custom painted to match an original primrose 1970 E-Type that is part of the dealership’s car collection.

The matching pair will be on display initially during this weekend’s Pebble Beach Concours D’Elegance, and the dealership says it will offer the cars for sale as a pair for just under $200,000, or separately.