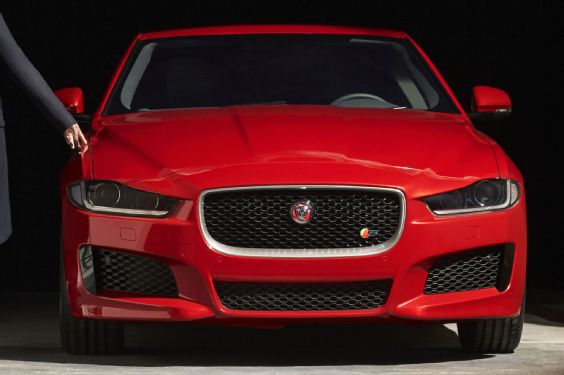 Jaguar is building up momentum toward the September 8 reveal of the 2017 Jaguar XE sport sedan, and the British automaker has previewed the debut model’s state-of-the-art infotainment and connectivity systems with a new video.

The 2017 Jaguar XE features an eight-inch center-mounted touchscreen through which users can interface with the vehicle’s new system. In the video below, Jaguar global connected car director Mike Bell explains that drivers will be able to sync and engage with their Apple or Android smartphone apps using new InControl software. 2016 Jaguar XE owners will also be able to navigate all elements of the InControl system using plain-speech voice commands, including access to parking, hotel booking, traffic information, and conference call functions.

When away from the 2017 Jaguar XE, owners can still stay connected using the InControl Remote app, compatible with Android and Apple iOS smartphones. From anywhere in the world with an internet connection, the remote function can operate the XE’s climate control, lock or unlock doors, and start or shut off the engine. Once back in the car, drivers and their passengers can use the 2017 Jaguar XE as a mobile Wi-Fi hotspot for multiple devices. Several other already automakers offer similar apps for their cars.

As an option on the 2017 Jaguar XE, customers can select a laser head-up display that projects high-contrast graphics communicating speed, cruise control, navigation, and traffic sign data onto the windshield. According to Jaguar, the new laser system is smaller and nearly a third lighter in weight than other similar technologies. Bell also ensures that the XE will be available with an array of driver aid safety systems, as well as advanced security technology.

Jaguar is investing big in the 2017 XE, which has the potential to serve as a much-needed jolt to the British automaker’s languishing sales. The 2017 Jaguar XE will also debut a new aluminum chassis and Jaguar’s new Ingenium engine family. The volume engine here in the U.S. will likely be the 2.0-liter turbo-four Ingenium engine (a 2.0-liter diesel will roll out in Europe, as well), with output expected to exceed the Ford-sourced 2.0-liter turbo’s 240 hp that can already be found in the Land Rover Range Rover Evoque. Both 340-hp and 380-hp variants of the F-Type’s 3.0-liter supercharged V-6 are also in the cards for the XE.

The 2017 Jaguar XE debuts on September 8 at an event London. Check back with Automobile then for full details.

Written by Eric Weiner for Automobilemag.com