Jaguar: A Look Into The Leaping Cat’s Future 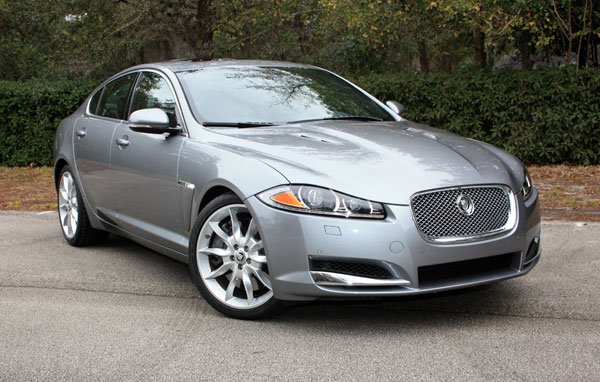 Jaguar has treated its entire XF lineup to a host of upgrades. Most obvious to the eye is the new front fascia. The large round outer beams, something of a Jaguar tradition, have been replaced with a sleek integrated light cluster that is designed to "adopt the bold Jaguar design language introduced on the flagship XJ saloon," says the automaker. The facelift includes sheetmetal revisions to the hood, grille and front quarter panels – the reshaped side vents have been designed to give the four-door a more muscular appearance.

New lighting, front and rear, integrates LED illumination in place of traditional incandescent lighting. The headlamps are bi-xenon, and there are new LED daytime running lights (DRLs) arranged in Jaguar’s ‘J-Blade’ signature pattern. The incandescent taillamps have also been replaced with LEDs, and the rear trunk lid resculpted to accept the changes. Overall, the look is undeniably more aggressive and much sleeker, but its freshness is tempered as nearly everyone at this level offers LED day DRLs these days.

The interior has also been enhanced for 2012. The front seats now incorporate a new ‘hoop’ feature to deliver better support and additional switches have been added below the seven-inch TFT touchscreen display to improve ergonomics. A polarizing filter has also been integrated for better contrast. To enhance entertainment, a 1,200-watt Bowers and Wilkins sound system with 17 speakers has been added to the options list and all audio systems now offer both USB and iPod interfaces with Bluetooth audio streaming.

Mechanically, the 2012 Jaguar XF Supercharged carries forward mostly unchanged. Under the hood remains the brawny 5.0-liter V8 force-fed by a belt-driven Roots-type supercharger. In addition to spray-guided direct fuel injection, the all-aluminum engine also features variable timing on all four camshafts. The end result is 470 horsepower at 6,000 rpm and 424 pound-feet of torque at 2,500 rpm. Power is sent to the rear wheels through a six-speed ZF automatic transmission (ZF 6HP26), one of our favorites. The engine is strong, but not very frugal at an EPA-rated 15 mpg city and 21 mpg highway.